CFM vs. MPH – The Battle of Numbers

To accurately compare any two or more devices, we often resort to the numbers. We assume that superior technical specifications, or more accurately “the larger“ numbers, are a sign of a better product. Yet when it comes to leaf blowers, this assumption may lead you to a bitter surprise.

What is CFM and MPH?

The two specifications that characterize a leaf blower’s “ability to blow” are the cubic feet per minute (CFM) and the miles per hour (MPH).

At first sight, many of us may be baffled by the necessity for listing both specs. Aren‘t they basically the same thing? No! Moreover, both are needed to characterize the leaf blower’s ability to do its job.

A brief rundown of the leaf blower’s function.

This results in the CFM and MPH.

If you are still confused by the difference between the two, consider the following example.

Imagine that you are blowing out candles on a birthday cake. While you may easily be able to do it in one blow just with your mouth, try doing it with a straw. Two things happen:

Does this mean that velocity is therefore a useless metric? No! In order to actually move the leaves, you need to apply efficient velocity. In fact, the heavier the object, the larger MPH is required to move it.

We can therefore conclude, that:

The specifics of what we consider a high/low MPH and CFM depend on the size of a device and its intended application, yet we can still draw some general conclusions just based on the ratio of the two metrics alone.

These examples clearly illustrate, that the value of CFM should always be as high as possible while the MPH is a variable parameter. Even though it is essential to effective leaf blowing, it may be compromised based on the intended application of the device if your budget calls for it.

Most importantly, we must always consider the diameter of the pipe!

As we have mentioned, both metrics are ultimately dependent on the power of the engine. Thus, some manufacturers choose to characterize their devices in this manner. This would be the case for Stihl leaf blowers.

Engines can be characterized in multiple ways. While power is a good indicator of the work generated by the engine, force may be more useful when comparing the ability to move objects. The unit of power is newton – a metric unit that characterizes the acceleration of an object of a certain mass.

Blowing force is an effective way to compare leaf blowers because of the effect of the pipe on CFM. Even though we have mentioned that strictly speaking CFM does not depend on the diameter of the tube, its physical presence does in fact restrict the movement of air. This is due to the friction that the inner surface of the pipe applies to the air. Thus, many manufacturers boost their CFM by measuring it without the tube!

Even though we recommend comparing devices based on multiple metrics, as demonstrated in this article, we would like to present several examples just to show how high their values can get.

We have utilized our database of over 260 leaf blowers to bring you the following champions. Currently, the leaders in their respective categories are:

What do they tell us? 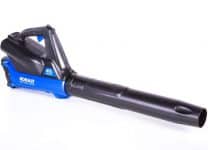 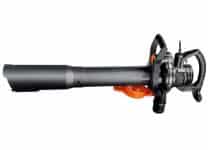 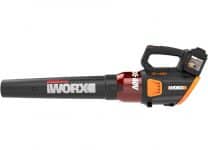