You wouldn’t expect a site which is dedicated to outdoor power tools to feature a video game review. But what if I told you that there is a new casual game for leaf blower enthusiasts? 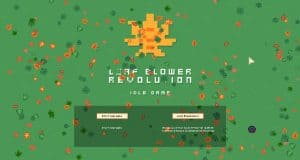 Well, there is – Leaf Blower Revolution. Find out what all the fuss is about and whether the game is any good.

COVID 19 gave many of us an opportunity to take some time off. I used this time to rediscover one of my old hobbies – gaming. I was looking for some casual game that would kill my boredom and found the perfect one, tailor-made just for me and my readers – Leaf Blower Revolution.

Leaf Blower Revolution is a so-called idle game, released in late 2020, and is currently available through the Steam platform on PC or Steam machines. The game is free to play and to its credit, unlike your typical F2P clicker, its gameplay is not limited by in-game purchases.

The basic premise of the game is that you, an unnamed hero, must clear your yard of pesky leaves by getting them off the screen. Blown away leaves function as an in-game currency and allow you to purchase tools, unlock perks and visit new locations.

The game keeps the idea of blowing leaves off your screen fresh by continuously introducing new types of leaves, as well as other currencies later on. Hence, the gameplay continuously evolves and forces you to micromanage an increasingly complex multiple-tier game progression. Just like that, Leaf Blower Revolution subverts your expectations with its depth and enjoyability.

A Passion Project With an Original Idea

Upon digging deeper, you will find that the game is an indie passion project of a starting game developer, who goes by keksdieb on Reddit (opens in a new tab), where he is fairly active, and by cheesetor on Discord, where he is even more active. As for his past work, the developer also created an iPhone game called Cosmic Raiders, which does not seem to exist anymore. But that’s not this article’s topic.

Leaf Blower Revolution seems to be off to a good start. Since its initial release in December 2020, the game has earned overwhelmingly positive ratings on Steam, has an active Discord server (opens in a new tab) with several thousand participants, and even its own fandom wiki (opens in a new tab), where you can find useful information about the current version of the game.

Leaf Blowing is Even More Fun on a PC Screen

WARNING: The following sections may contain spoilers. To fully enjoy the game, I recommend jumping in blind and figuring out the game on the fly.

Leaf Blower Revolution starts off slow – it’s just you with your bare hands against a never-ending onslaught of leaves. The gameplay consists of you chasing the leaves off the screen with your mouse. No clicking required. The leaves keep “falling” every few seconds and add up quite quickly. For my own amusements, I enjoy giving them some time to pile up and then sweeping them off.

Henceforth, you become one with the character on screen – a lunatic who fills his logs with obsessive rants over leaves. This is in essence, Leaf Blower Revolution’s story and character progression. 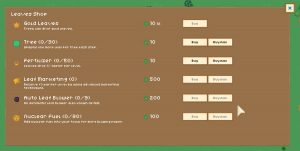 After a while (a long one, if you’re as slow as I am), you will notice that the blown away leaves are being counted and serve as a score and also currency.

Using the collected leaves, you can purchase new tools, a rake and later blowers, air turbines, etc., or perks, such as extra trees or “leaf fertilizers”.

These perks increase the amount of leaves that are generated on-screen, improve your clearing efficiency, and multiply the rewards gained upon clearing them.

The second “Gold” Shop allows you to purchase perks with gold leaves, and to unlock Platinum leaves, etc.

Shortly, you will unlock the first of the many new tiers of leaves – gold leaves.

The new tier of leaves opens up new game mechanics, such as automatic leaf blowers, which allow you to truly “idle out”, combos, which multiply the gained leaves in short succession, and portals, which open the possibility to “Prestige” – Restart the game and exchange the current progress for an alternative “Prestige” currency, which will allow you to progress faster and further.

Restarting via the “Prestige” button is part of the game mechanics

Quite soon, it becomes obvious that Prestige is mandatory to progress through the game. The game is designed to end up in an inescapable bottleneck, which induces significant boredom and allows you to restart the game without second thoughts. However, by clicking that “Prestige” button, the boredom disappears faster than the leaves off your screen!

Upon restarting the game, you will unlock new locations, such as “your neighbor’s yard”, or “space”, where you can find new leaves, but also enemies – from woodland critters to space monsters. You battle these by blowing leaves directly at them. For defeating them, you are rewarded by … you guessed it, more leaves. 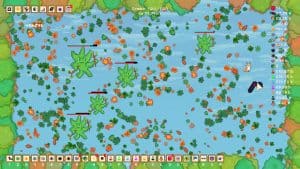 A typical screen later in the game

Hence, a pattern arises. You blow away leaves and unlock new perks until you hit a bottleneck, upon which you restart the game. You then use the gained Prestige to unlock new perks and progress a bit further than on your last run. More leaves are collected, more Prestige is gained, and so on…

After a few hours of this exercise, things get a bit crazy. Leaves can be converted into science, which is yet another tier of currency. Science unlocks new leaves, but also an alternative Prestige mechanism, which adds another layer to the game. Seeds, leaf printers, leaf exclusive locations and leaf-exclusive enemies. Pets, leaf bags, skins, daily rewards… I think you get the idea. Leaf Blower Revolution is a never-ending grind that manages to keep it fresh through smart game design.

If you do get bored, don’t worry. You can just minimize the screen and let your automatic blowers do the job for you, or even turn off the game entirely. Leaf Blower Revolution is, after all, an idle game and thus, features offline rewards.

Lastly, I should point out some of the negatives of Leaf Blower Revolution. This is a somewhat hard task, given that the game is free, doesn’t lock any of its content behind a paywall and is an idle game – by design, the game doesn’t aim to blow you away with its graphics, story, or gameplay. It’s just a thing you do on the side while writing your blogs and doesn’t ask for anything in return. Moreover, the game is still in development and update logs reveal that new content is still being added frequently.

With that said, there are three criticisms that can be laid out:

Leaf Blower Revolution is a solid idle game, which doesn’t attempt to milk its players for cash and does its best to entertain. Despite its lackluster writing, it offers great gameplay and game design.

The game outshines its competitors with a simple, yet addictive premise and also a good balance between active and idle gameplay. I have not found myself having to grind without alternative routes to progress, and vice versa, the game can be “idled out” quite efficiently.

I can only recommend Leaf Blower Revolution to all our readers. The game is best enjoyed in chunks, when working on some PC project, going through emails, or during ad breaks when watching TV.

Download Free on Steam (opens in a new tab)

Have you played Leaf Blower Revolution? What did you think of it? Let us know in the comments below! 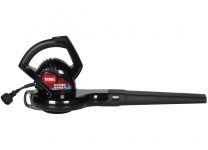 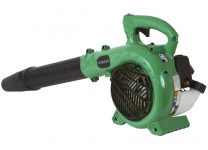 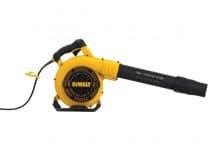 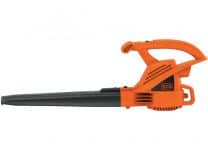 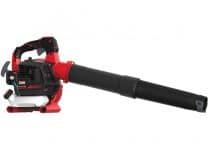