Answer 4 quick questions about your needs and get instant, tailor-made suggestions. 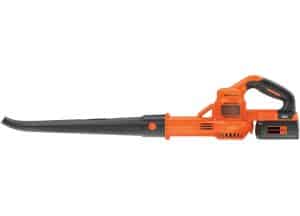 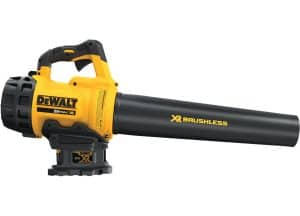 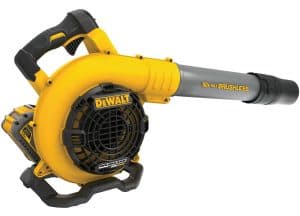 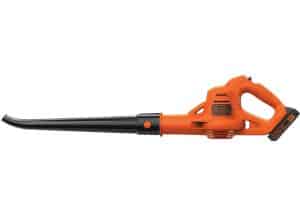 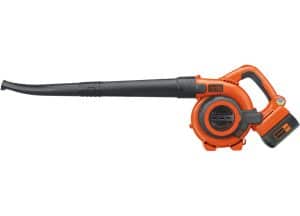 Electrically powered cordless leaf blowers, or shortly just cordless blowers, are almost exclusively designed as hand held devices. Two sections of the leaf blower’s body can be distinguished – first of which is an engine section, featuring a battery compartment and a handle, the second being a nozzle, through which the air is emitted.

Backpack cordless blowers exist as well, though they are somewhat scarce in numbers. They are arranged in a similar manner, but the engine compartment is worn on the back.

Cordless blowers come with several specific design features. Lithium ion and NiCad batteries are commonly used as the power source, but the blower can also be operated corded. Variable speed settings are very common amongst them. Several cordless models also function as blower vacs, meaning that they can collect leaves into an attached bag as well as blow them. Additionally, they may feature a mulcher – a device which converts vacuum leaves into mulch.

Characteristics – What to expect from cordless blowers

While electric blowers may have been outright insufficient in the past, technological development of the last two decades has enhanced their properties to the point at which they can compete with the gas-powered models.

The average CFM of cordless leaf blowers currently stands at 391, which comes quite close to the average 430 of gas-powered devices. However, they can reach up to 675 when considering the cordless backpacks. Their MPH follows a similar trend, averaging 122, while their gas-powered alternatives have a slight edge on them with 175 MPH. To learn more about the meaning of these metrics, visit our guide dedicated to this topic.

The power source of a cordless blower is a battery. The most common types of batteries used in leaf blowers are NiCad and lithium ion. While experts argue as to which battery technology is superior, it is enough for the average user to consider their output.

While there are many ways to characterize a power cell, the most common in the leaf blower industry are the voltage and the amp. Additionally, some manufacturers provide the measurement of autonomy.

Batteries tend to be lighter than gas tanks. However, they are on average less powerful and cannot be readily refilled. Thus, users must rely on their autonomy or proximity of a power cord. In general, autonomy times are roughly around 30 minutes but can reach up to 180 minutes. This may greatly limit the viability of cordless blowers, especially for professional groundskeeping, which involves long work hours and large areas.

Battery powered blowers are arguably the most versatile leaf blowers on the market for casual users. They offer a wide variety of fancy features, most importantly the battery itself, since many prefer not to fiddle with gasoline in their garage. Additionally, variable speed settings, leaf vacuum attachments and mulchers are commonly seen amongst their ranks.

Hand held cordless leaf blowers are surprisingly light, since they do not feature a fuel tank, or a combustion engine. They are very mobile, which allows them to reach areas which backpacks may find challenging and walk behinds outright impossible.

Electric leaf blowers are quiet compared to gas powered blowers. A reasonable expectation of their noise rating is around 70 dB, which is comparable to a radio, TV or a vacuum cleaner. However, always refer to the user manual to protect your hearing accordingly.

Electric engines are easy to maintain, since they do not combust any fuel. However, batteries have a limited life cycle and must be replaced sooner or later. In addition, regular cleaning after each use is required when utilizing the vacuum attachment, to prevent foul odor of rotting leaves or even malfunction.

Battery operated leaf blowers start at a higher price than their corded, or gasoline counterparts. The cheapest cordless blower costs roughly 52 USD. However, the price difference between these categories narrows with the more expensive models. At the very top stand the cordless backpack blowers, costing up to 563 USD. In summary, cordless blowers cater to a wide variety of budgets.

Most manufacturers provide electric alternatives to their gas-powered products and thus, the most popular brands of cordless blowers mirror the leaf blower market in general, with a few exceptions. Worx, Ryobi, Ego, Black+Decker, Dewalt are amongst the most popular makers.

Who are they for?

Cordless blowers are the number one choice for customers who prefer versatility over raw power. The lack of gasoline reduces both the noise and smell, along with the need for maintenance. Their mobility is outright superb compared to any other blower design. However, they are not suitable for professional use, or large areas, due to their limited autonomy. 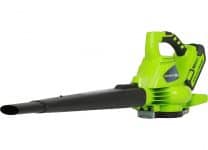 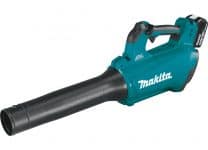 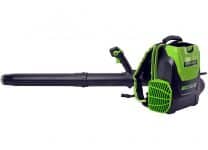 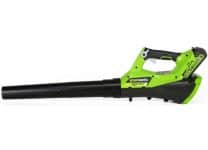