Home » Blowers » Dewalt » DCBL590X1
WE ARE PROUD TO BE INDEPENDENT AND IN NO WAY ASSOCIATED WITH MANUFACTURERS. TO STAY UNBIASED, WE DO NOT ACCEPT FREE PRODUCTS. WE EARN FROM ADVERTISING FEES PAID BY EBAY ON QUALIFYING PURCHASES.

-No User ReviewsWrite a review
CompareShortlistShortlistedRemoved from shortlist 5 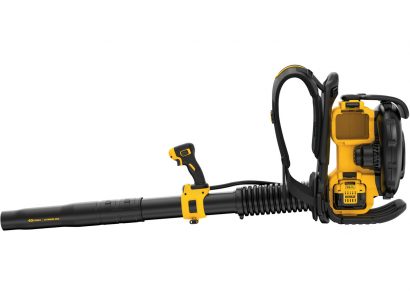 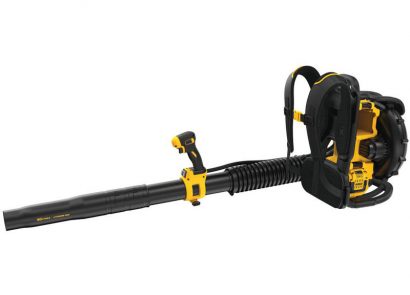 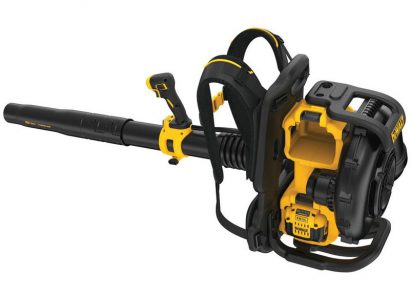 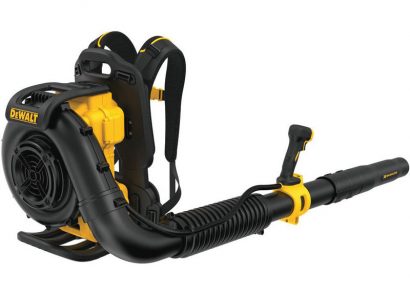 This product was discontinued. For your convenience, we decided to leave this page up.
You might still find it second hand on eBay, by clicking on the button below.

Unlike many websites, we did our best to research each of the specs above. That being said, we are not immune to making the occasional mistake or omission. Should you notice any missing or incorrect values, don't hesitate to suggest improvements so we can address the issue. Should you wish more detailed specs on the Dewalt DCBL590X1, the user manual is available here (opens in a new tab).

The DEWALT Backpack Blower features a brushless motor and a 40V 7.5Ah battery giving you the power to move debris with 450 CFM of air volume at 142 MPH. The product features an active second battery well for an additional battery and extended runtime if needed. The control handle features a battery switch that enables you to select which battery to draw energy from or to lock off the tool for transport or storage. The handle also includes a full variable speed trigger and a speed lock that is activated and deactivated with the push of a button. At only 63 dB(A), the backpack blower is compliant with noise-restricted regions and ideal for working on noise-sensitive properties.

Overview of the Dewalt DCBL590X1 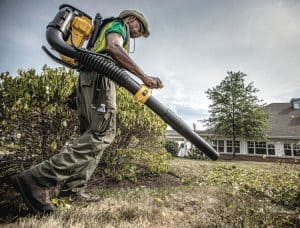 The Dewalt DCBL590X1's performance versus other blowers

The following charts are provided to give you an idea how the key specs of the Dewalt DCBL590X1 compare with similar leaf blowers.

Do you own the Dewalt DCBL590X1 and agree (or disagree) with these strengths and weaknesses?

DeWalt is a subsidiary of the Stanley Black & Decker Corporation, a major global tool & hardware manufacturer. DeWalt made its name selling woodworking machines in 1923. Since then, it has expanded its catalog to over 1,000 tools and accessories, including its top-of-the-line electric power tools that first hit the market in 1992. DeWalt stands behind its slogan, “Guaranteed Tough,” offering heavy-duty tools and accessories capable of performing reliably for home and professional users alike.

The Dewalt DCBL590X1 is covered under a warranty for up to 3 years. This warranty may not cover all parts of the blower.
For more information about the warranty of Dewalt blowers, please consult Dewalt's warranty policies (opens in a new tab). Alternatively, you can also contact their Customer Support: 1-800-4-DEWALT (800-433-9258).