Home » Blowers » LawnMaster » NPTBL26A
WE ARE PROUD TO BE INDEPENDENT AND IN NO WAY ASSOCIATED WITH MANUFACTURERS. TO STAY UNBIASED, WE DO NOT ACCEPT FREE PRODUCTS. WE EARN FROM ADVERTISING FEES PAID BY AMAZON, HOME DEPOT, WALMART OR EBAY ON QUALIFYING PURCHASES. 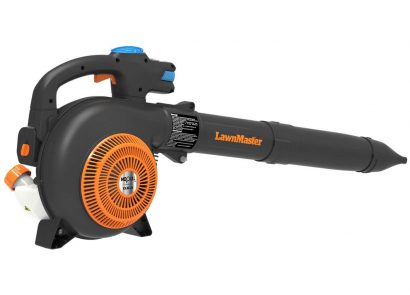 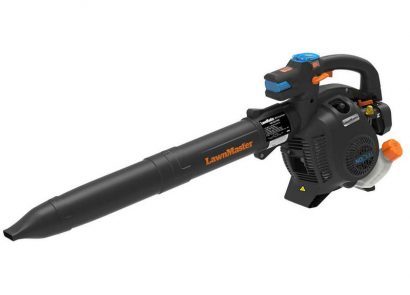 Set Price Alert
×
Notify me when the price drops
Set an alert for the LawnMaster NPTBL26A - Current lowest price: $178.86

Unlike many websites, we did our best to research each of the specs above. That being said, we are not immune to making the occasional mistake or omission. Should you notice any missing or incorrect values, don't hesitate to suggest improvements so we can address the issue. Should you wish more detailed specs on the LawnMaster NPTBL26A, the user manual is available here (opens in a new tab).

The LawnMaster NPTBL26A features a full crank engine that produces powerful 200 MPH air speeds and a max air volume of 370 CFM. This model also offers variable-speed control and a locking cruise control feature for extended use – all with the push-button on/off switch at your fingertips. (source: LawnMaster)

Overview of the LawnMaster NPTBL26A 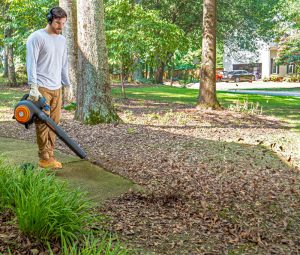 The LawnMaster NPTBL26A's performance versus other blowers

The following charts are provided to give you an idea how the key specs of the LawnMaster NPTBL26A compare with similar leaf blowers.

As you can see from this interactive chart, when compared to other gas handheld blowers, the LawnMaster NPTBL26A is on the average side of the price range.

Therefore, this blower nicely fits in the expected budget for this kind of product.

Do you own the LawnMaster NPTBL26A and agree (or disagree) with these strengths and weaknesses?

LawnMaster leaf blowers are made by Cleva North America, Inc. Cleva was founded in 2007 in Greenville, South Carolina and produces products under multiple brand names, including vacuum cleaners under brands VacMaster and DuraVac, car care products under the brand Armor All and lawn care products, under the brand LawnMaster. The surprising maze of Cleva’s brand portfolio reflects its business strategy – branding of devices made overseas, often under licensed, but not owned brand names (e.g., Armor All and Kenmore). This is a common strategy adopted by many small companies without their own manufacturing capabilities. Cleva sells gas-powered, corded and cordless leaf blowers under the LawnMaster brand. Their gas-powered series features a signature electric-push start button, trademarked as No-Pull technology. Other LawnMaster products include grass trimmers, hedge trimmers and lawn mowers.

The LawnMaster NPTBL26A is covered under a warranty for up to 3 years. This warranty may not cover all parts of the blower.
For more information about the warranty of LawnMaster blowers, please consult LawnMaster's warranty policies (opens in a new tab). Alternatively, you can also contact their Customer Support: 1-866-384-8432.