-No User ReviewsWrite a review
CompareShortlistShortlistedRemoved from shortlist 3 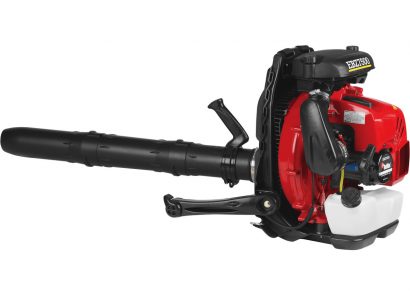 Unlike many websites, we did our best to research each of the specs above. That being said, we are not immune to making the occasional mistake or omission. Should you notice any missing or incorrect values, don't hesitate to suggest improvements so we can address the issue. Should you wish more detailed specs on the RedMax EBZ7500, the user manual is available here (opens in a new tab).

For the commercial operator, RedMax is easily the industry leader in terms of the selection and performance of power blowers. The EBZ7500 backpack blower features the Strato-Charged 2-stroke engine with ultra-low emissions and high power. With a 65.6 cc displacement and 3.9 horsepower, the EBZ7500 produces a maximum air speed of 236 MPH with tube air flow approaching 770 CFM. The Max Cooled back pad uses air sucked by the fan housing to cool operators and keep them comfortable during hot days. Wide straps and contoured back pad are oversized for greater comfort. For extra durability, the machine is equipped with a frame mounted throttle virtually eliminating downtime due to damaged cables. (source: RedMax)

Overview of the RedMax EBZ7500

The RedMax EBZ7500's performance versus other blowers

The following charts are provided to give you an idea how the key specs of the RedMax EBZ7500 compare with similar leaf blowers.

Here's a list of the most popular specific comparisons:

RedMax's Strato-Charged 2-stroke engines are efficiently designed with just 3 moving parts. This allows them to be up to 20% more fuel-efficient than standard 2-stroke engines, to be 20 to 25% lighter than 4-stroke engines of the same size, and to produce low emissions that meet regulations without the need for a heated, heavy catalytic converter. Offering much less operator fatigue, these engines have a high power to weight ratio and can therefore be classified as high-performance.

Do you own the RedMax EBZ7500 and agree (or disagree) with these strengths and weaknesses?

The RedMax EBZ7500 is covered under a warranty for up to 2 years. This warranty may not cover all parts of the blower.
For more information about the warranty of RedMax blowers, please consult RedMax's warranty policies (opens in a new tab). Alternatively, you can also contact their Customer Support: 1-800-487-5951.