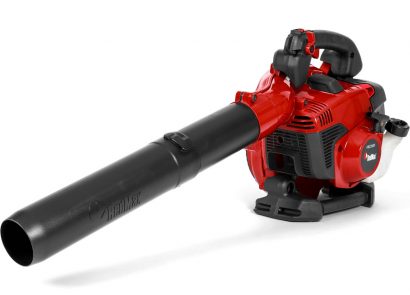 Overview of the RedMax HBZ260R

The RedMax HBZ260R's performance versus other blowers

The following charts are provided to give you an idea how the key specs of the RedMax HBZ260R compare with similar leaf blowers.

RedMax's Strato-Charged 2-stroke engines are efficiently designed with just 3 moving parts. This allows them to be up to 20% more fuel-efficient than standard 2-stroke engines, to be 20 to 25% lighter than 4-stroke engines of the same size, and to produce low emissions that meet regulations without the need for a heated, heavy catalytic converter. Offering much less operator fatigue, these engines have a high power to weight ratio and can therefore be classified as high-performance.

Do you own the RedMax HBZ260R and agree (or disagree) with these strengths and weaknesses?

The RedMax HBZ260R is covered under a warranty for up to 2 years. This warranty may not cover all parts of the blower.
For more information about the warranty of RedMax blowers, please consult RedMax's warranty policies (opens in a new tab). Alternatively, you can also contact their Customer Support: 1-800-487-5951.
RedMax also has an extended warranty program (opens in a new tab) for 2-stroke handheld blowers like this one.