WE ARE PROUD TO BE INDEPENDENT AND IN NO WAY ASSOCIATED WITH MANUFACTURERS. TO STAY UNBIASED, WE DO NOT ACCEPT FREE PRODUCTS. WE EARN FROM ADVERTISING FEES PAID BY AMAZON ON QUALIFYING PURCHASES.

Further down the page, you'll find some explanations regarding the key similarities and differences between the RedMax EBZ7500 and the RedMax EBZ8500. 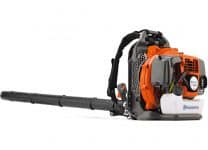